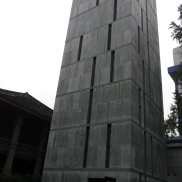 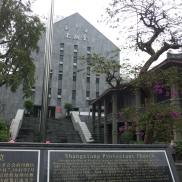 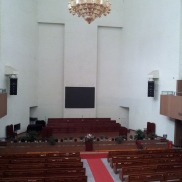 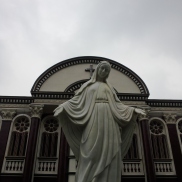 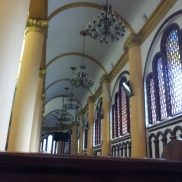 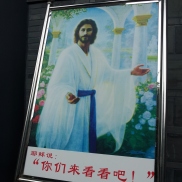 I’d follow dat. (I KNOW I’m such a terrible person but really) 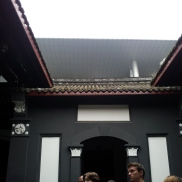 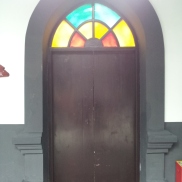 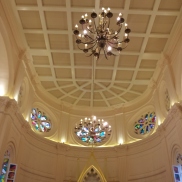 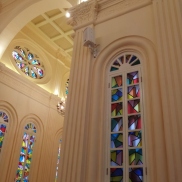 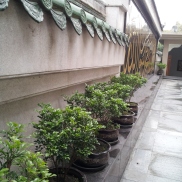 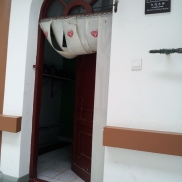 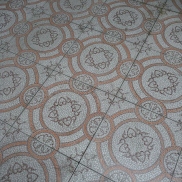 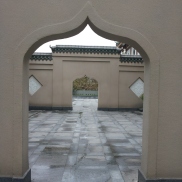 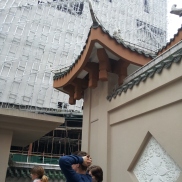 Here’s the thing: I know next to nothing about religion. Any religion. While my dad is what one might call a cultural Jew, my mom is a generation removed from a sort of Daoist faith.  We celebrate Christmas, but it’s more about family and gifts and the comforting sharp-sweet smell of pine needles. The only latkes I’ve made are at my best friend’s house. I’ve never been to church.

Somehow, my major concentration ended up as History & Religion. The “History” of “History & Religion” is an obvious move for me. Religion? If it wasn’t attached to the part I wanted, I probably wouldn’t have bothered. Hence, the Chinese Religion class I’m taking in China. This class is supposed to cover Daoism, Buddhism, Christianity, Islam, and a little Confucianism thrown in for good measure. I chose this class because I have to (major requirements and all), but also because I heard there were field trips to be had. Field trips. So far, there have been three: one Daoist temple, one Buddhist temple, and our most recent trip. Two weekends ago, 张老师 took us to see three Christian churches and a mosque.

Out of the entire class, I am the only one who was not raised Christian.

Thus, as we strolled through each place of worship, I had no idea what I was looking at. I had a vague sense that there was supposed to be stained glass windows, that maybe there was supposed to be an organ with gargantuan pipes climbing the walls like ivy, but…otherwise, zilch going on in my head. I asked my classmates for insight on the architectural differences between American and Chinese churches.

“There’s a lot of differences between denominations,” one classmate said slowly, casting his gaze about the cavernous room. “But, like, in my church, we had an organ. I guess they had to decide which they needed more.”

He meant the gigantic flat-screen television monitor. It was, apparently, a necessity. Every room with pews had one.

As we filed out, I glanced at the level below. A middle-aged man was stretched upon one of the pews, head resting on the cushion his arm made. He was one of the few men I had seen in the various churches we visited, and he was sleeping. Here’s the thing: I’ve mostly seen elderly women worship. Buddhism, Christianity–it didn’t matter. The beacon, or pastor, or priest–they were men. The worshippers were women, and it is their voices that remain in my head. Because the thing about these places of worship? They’re freaking huge, man. I used the word “cavernous” before, and I’ll use it again. They echo. If I close my eyes, and pretend I’m sitting on a church pew (half in shadow, like the lurker I am), I can hear their old lady voices warble together, off-key and beautiful. I’d go for haunting, even.

There’s all types of religion in China. I know it. Like, I read it in my textbooks, so it has to be true. None of them had an easy time getting established, but they’re here. Just from what I’ve seen, Daoism ekes out a majority win in popularity (officially, Buddhism wins). Even if people claim not to be Daoist, it bleeds into everyday life. When Daoism split into a Daoism that the intellectuals subscribed to and one that the common people subscribed to, the latter was written off, put down as superstition and little else. The thing is, it stuck. My grandma did things–habits–that she subscribed to, unconsciously or not. My mom, I think, picked up a little on them. (Hi, Mom.)

Maybe I haven’t seen younger folk worship because I’ve visited these places during the wrong hours. The wrong day, perhaps. I’ve got to be in the right place, though. China isn’t like Tibet. Chinese people don’t pray on the streets, on the sidewalks, in public. I imagine it’s been beaten out of them, so to speak. Cultural Revolution and all. But I guess I shouldn’t expect it, the open praying. It’s not like I see people praying in the park in America. In America, don’t most people pray before bed, or on their knees at a church pew? I don’t know. So what is it? Why don’t I ever see young people, people my age, pray? Am I blessed with bad timing, do they pray at home, in private, or do they not really pray at all?

So many questions. Luckily, today is my Chinese Religion class, and I have a teacher who has a better shot at answering them.